It's Official: The Scion Brand Is Dead

It's been announced that Scion is no more, as the brand's vehicles will be badged as Toyotas from the 2017 model year onwards 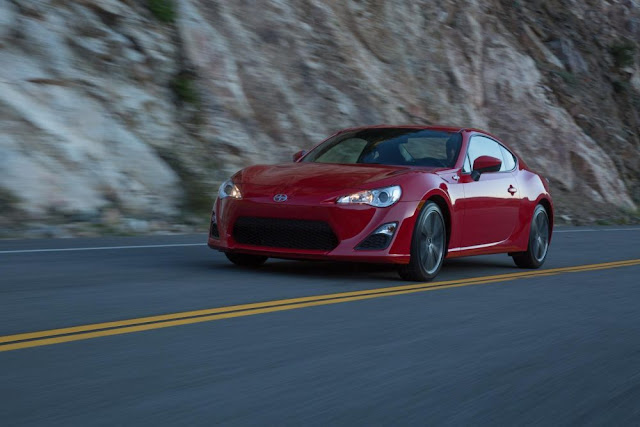 Toyota has announced today that the Scion brand is no more. The Japanese auto giant first launched it in 2003 with the aim of attracting younger buyers in the North American market, and it seemed to have worked - the brand has the youngest average buyer age (36) in the car industry, apparently. Regardless, Toyota has seen fit to kill off Scion.

The tC (below) will die with the brand, ending production in August 2016, while the remaining models - the FR-S, iA and iM - will be sold as Toyotas from the 2017 model year onwards. The incoming Scion C-HR will also be getting a Toyota badge.


The 22-strong team of dedicated Scion employees will all be offered new jobs at Toyota USA, while servicing and repairs for Scion vehicles will continue with Toyota dealerships as normal. Meanwhile, people from the rest of the world are still looking at the top image thinking “what’s that weird badge on the front of that GT86?” 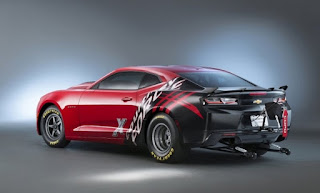 The purpose-built COPO Camaro, serial number 2016COPO001, will be sold on Friday, Jan. 29, at the Barrett-Jackson Scottsdale auction. All proceeds of the winning bid will benefit United Way.

“This is a special opportunity to purchase the first of the sixth generation, 2016 COPO Camaro while also helping such a great cause,” said Jim Campbell, U.S. vice president of Performance Vehicles and Motorsports.

The COPO is a powerful, purpose-built Camaro designed to race in NHRA Stock Eliminator class. The COPO Camaro legacy continues with an all-new sixth-generation version. This modern-looking machine infuses legendary COPO performance with the modern, lighter and stronger design of the 2016 Camaro. 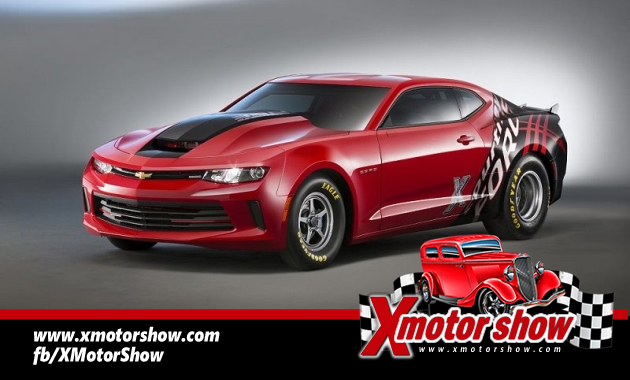 “I was extremely honored to work with Chevrolet and help design the 2016 COPO Camaro,” said Courtney Force. “The bright red color and the signature slash marks towards the back on the car bring a part of my Traxxas Chevrolet Camaro Funny Car to the COPO Camaro, which I think is really cool. The proceeds from this car go to a great cause and benefit the United Way, so it’s an awesome project all around.”

Under its carbon-fiber high-rise hood is a 350 racing engine with a Whipple 2.9-liter supercharger. Inside is a chrome-moly roll cage, lightweight racing bucket seats personalized with the COPO logo and Courtney Force’s signature, five-point safety harnesses and a floor-mounted shifter for the THM-350 automatic transmission. The instrument panel contains racing gauges and a competition switch panel.

Every COPO Camaro is built by hand starting with production hardware, including the same body in white used for production models. The COPO Camaro takes its name from the Central Office Production Order system used in the 1960s for fleet managers to order unusual combinations of options. Dealers utilized this system to put high performance powertrains into production Camaro’s.

About United Way
With 2.6 million volunteers and 9.6 million donors worldwide, and more than $5 billion raised every year, United Way is the world’s largest privately-funded nonprofit. We’re engaged in nearly 1,800 communities across more than 40 countries and territories worldwide to create community solutions that improve life for everyone. United Way partners include global, national and local businesses, nonprofits, government, civic and faith organizations, along with educators, labor leaders, health providers, senior citizens, students and more. For more information about United Way, please visit UnitedWay.org. Follow us on Twitter: @UnitedWay and #LiveUnited 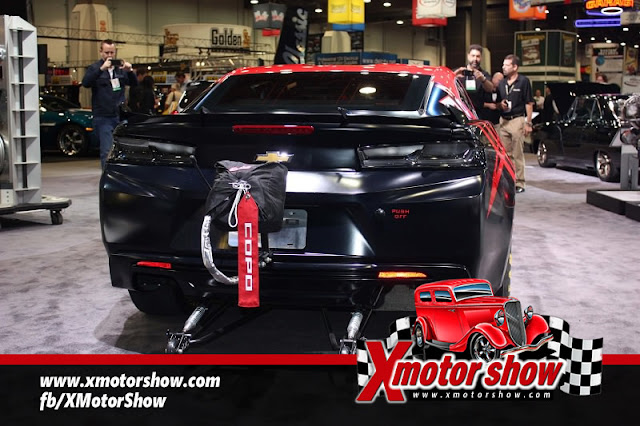 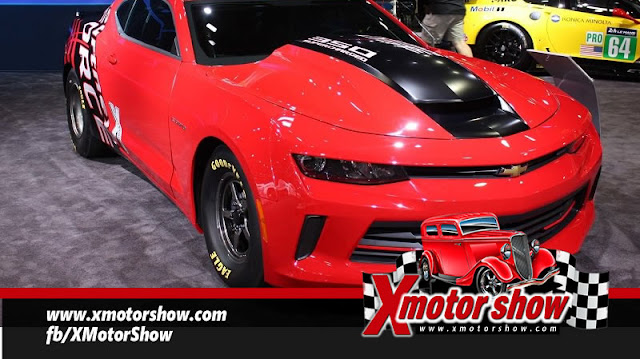 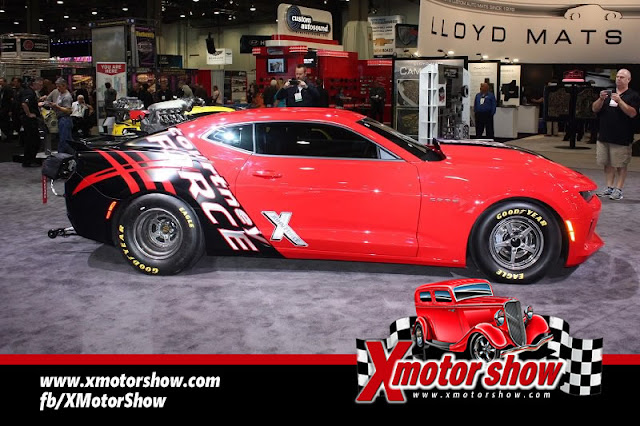 On this episode of Roadkill, David Freiburger, Mike Finnegan and a carsick dog drive a '69 El Camino 500 miles from home (on seven cylinders) to change an engine in the parking lot of Summit Racing.The story goes that Finnegan's wife's grandfather bought this1969 Chevy ElCamino brand new, and it's been passed down through the family, finally toher. It's a solid car, and the suspension has been hopped up, but theall-original 350 engine was smoking like a freight train. That didn't stopthe guys from limping it from Los Angeles, California to Sparks, Nevada,where Summit Racing has a fully-stocked warehouse.Summit sells every speed part and replacement part on Earth, including the 420hp, 383ci crate engine, so the logic was that the guys would save time on the engine swap because they could walk right into the store instead of driving to a parts store multiple times, as they would have back home. So how long will it take a couple gearheads to change an engine outside in a snow flurry? Will the EPA shut them down before they can finish? And what happens when you let a carsick dog ride shotgun? Watch to find out!

On this episode of Roadkill, HOT ROD's David Freiburger and Mike Finnegan join Fred Williams and Rick Péwé of Peterson's 4-Wheel & Off-Road magazine to compete in the infamous Cheap Truck Challenge. Riding into battle with a modded 1979 Bronco, they face-off against a rock-ready 1980 Toyota Pickup and a beastly 1987 Chevy Suburban in a cash-strapped quest for ultimate off-road glory.

On this episode of Roadkill, HOT ROD's David Freiburger and Mike Finnegan build a clone of the 1968 Ford Ranchero that the magazine ran in the very first Baja 1000, then head north for Alaska. But sometimes when you hit the road, the road hits back, and their ambitious journey quickly transforms into the road trip from hell. Undaunted by sleepless nights, multiple breakdowns, derailed plans, 0-degree weather and the lack of a passenger-side window, the guys create an adventurous win from a comedy of errors. It's American road tripping at its best... and worst.

On the premiere episode of Roadkill, HOT ROD's David Freiburger and Mike Finnegan head to El Paso, TX with money and a mission - to find a car they can buy, fix up, and drive back to Los Angeles. The catch? They only have $1500 bucks to do it, and they need to sell it on eBayMotors.com before they get home!

The BURNOUT CONTEST, where tires screech out AMERICA! and flood the
skies with clouds of freedom, Street Car Takeover’s St. Louis event
brought smoke shows till daylight’s end! There was no stopping these
badass contestants from burnin’ down some old rubber! Some of these
drivers just wanted to have some fun, while others got serious and
brought multiple sets! STREET CARS, TRUCKS, a JIMMY JOHN'S Delivery
Driver, and even the LSX WILLY'S brought the action as they tried to
literally SMOKE the competition! WE GET IT BRO’s…You Vape 😛

This powerful blue BMW M3 E46 handling great and it has a lot of power under the hood its just a great car .
In this video BMW driver doing some fun with his super car ... but he doesn't know what he just make for this poor biker.
this funny accident happened some where in lebanon "middle east"