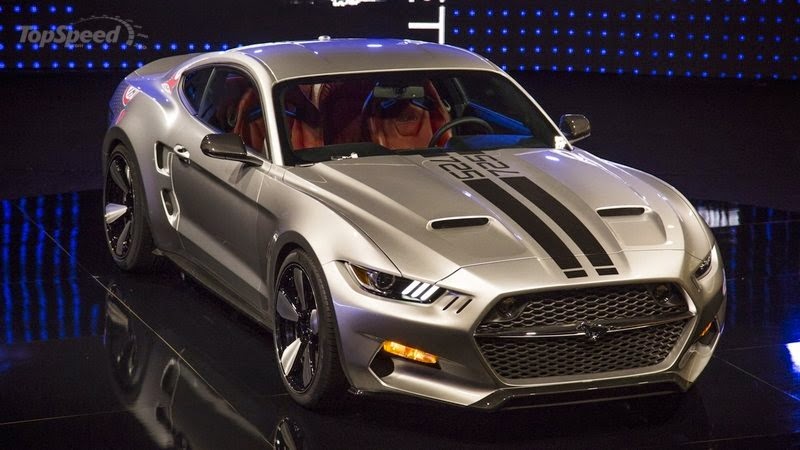 While Ford was busy making a huge splash with the2016 Mustang GT350, Henrik Fisker and Galpin Auto Sports pulled the covers off their super-Mustang creation, the Rocket. But this isn’t a one-off SEMA late-comer, it’s the first in a series of low-volume Mustangs set for production by GAS.

Fisker and GAS president Beau Boeckmann first started working on the idea after the Pebble Beach Concours d’Elegance back in August 2014. The two worked feverously to ready the design sketches and performance upgrades for the car — and boy, has it paid off.

The Rocket features a substantially reworked body with a new front end, hood, and wider fenders — all crafted from carbon fiber. Under the Rocket’s hood lies theMustang GT’s original 5.0-liter V-8 but with a Whipple supercharger forcing air down its throat. The spinning screws give the Coyote engine an impressive 725 horsepower. It’s all routed through the ‘Stang’s six-speed manual gearbox.

Fisker and the guys at GAS didn’t stop there. The suspension is updated with fully adjustable shocks, enabling owners to dial in the style of performance they want. Large, 21-inch wheels are wrapped with Pirelli P-Zero rubber.

The Mustang Rocket will be available in very limited numbers though Galpin’s Ford dealer network or the select hand-picked Ford dealers around the world. While the company hasn’t given any official word on pricing, the talk around the LA Auto Show floor put its sticker price just over the $100,000 mark.
Original post